Dancing May Be The Best Brain Booster

Walk, stretch or dance? Dancing May Be The Best Brain Booster 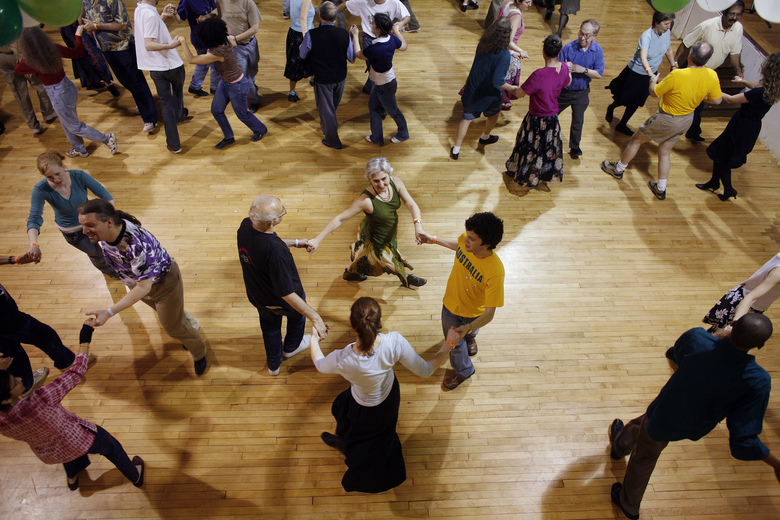 Could learning to dance the minuet or fandango help to protect our brains from aging?

A new study that compared the neurological effects of country dancing with those of walking and other activities suggests that there may be something unique about learning a social dance. The demands it places on the mind and body could make it unusually potent at slowing some of the changes inside our skulls that seem otherwise inevitable with aging.

Neuroscientists and those in middle age or beyond know that brains alter and slow as we grow older. Processing speed, which is a measure of how rapidly our brains can absorb, assess and respond to new information, seems to be particularly hard hit. Most people who are older than about 40 perform worse on tests of processing speed than those who are younger, with the effects accelerating as the decades pass.

Scientists suspect that this decline is due in large part to a concomitant fraying of our brain’s white matter, which is its wiring. White matter consists of specialized cells and their offshoots that pass messages between neurons and from one part of the brain to another. In young brains, these messages whip from neuron to neuron with boggling speed. But in older people, brain scans show, the white matter can be skimpier and less efficient. Messages stutter and slow.

Whether this age-related decline in white matter is inexorable, however, or might instead be changeable has been unclear.

So for the new study, which was published this month in Frontiers in Aging Neuroscience, researchers from the University of Illinois in Urbana and other schools decided to look at the effects of several different types of exercise on the wiring and the function of older people’s brains.

They began by recruiting 174 healthy people in their 60s and 70s with no signs of cognitive impairment. Most were sedentary, although some occasionally exercised.

Then they invited the men and women to a university lab for tests of their aerobic fitness and mental capacities, including processing speed and a brain scan with a sophisticated MRI machine.

The last group was assigned to learn to dance. These men and women showed up to a studio three times a week for an hour and practiced increasingly intricate country-dance choreography, with the group shaping itself into fluid lines and squares and each person moving from partner to partner.

After six months, the volunteers returned to the lab to repeat the tests and the brain scans from the study’s start.

The differences now proved to be both promising and worrisome.

By and large, everyone’s brain showed some signs of what the scientists termed “degeneration” of the white matter. The changes were subtle, involving slight thinning of the size and number of connections between neurons.

But the effects were surprisingly widespread throughout people’s brains, given that only six months had elapsed since the first scans, said Agnieszka Burzynska, the study’s lead author and a professor of human development and neuroscience at Colorado State University in Fort Collins.

The degeneration was especially noticeable in the oldest volunteers and those who had been the most sedentary before joining the study.

It seems likely that the cognitive demands of the dancing, which required people to learn and master new choreography throughout the six months of the study, affected the biochemistry of the brain tissue in the fornix, Burzynska said, prompting increases in the thickness and quantity of the wiring there.