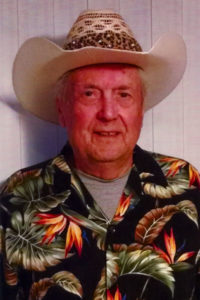 Louis Joseph Homa was born March 26, 1934 in Budapest, Hungary. You can tell by that date that Lou fell just short of his 85th Birthday. He had been telling me (Dave Serfling) for several weeks he was going to bring a REALLY GOOD CHOCOLATE CAKE for his birthday. Lou was a great host and cook. He invited me, Jimmi and Carolyn F. over to his house for a home cooked dinner a while back, so I knew to be ready for something special. He was a special guy and did nice things for us over the years like bringing me chocolate covered macadamia nuts from Hawaii and he helped me with some of the Barn remodeling projects. He was known as “Poppa Louie” to his family

Lou spent six months in a bomb shelter (about 1942) when he was about 8 years old after the building they lived in was struck by a bomb. Because of this, he missed a year of school and his class had to repeat that year.

Lou attended school in Budapest and eventually joined the Hungarian military. He was the personal driver for one of the Hungarian Generals and in 1956, when the Russian tanks were getting ready to invade Hungary, the General gave him a tip that something was going to happen and advised Lou to leave if he got the chance. Lou was able to escape with two other buddies, crawling on the ground and avoiding detection by the military guards, into Austria where the Austrians had set up a refugee camp. This is where he spent the next six months. In December of 1956, the United States sent some planes to Austria to evacuate the Hungarian refugees. Lou was able to get aboard and arrived in New Jersey on 12/31/56 where they were given a few dollars and then taken to Times Square for New Year’s Eve. WELCOME TO THE USA LOU!

He eventually wound up in the Chicago area where he met his wife, Arlene, who predeceased him in 2006. They eventually moved out to Seattle because Lou loved to ski and fish and heard this was a great area for both. During his working years here, he was transferred to Honolulu for four years where he fell in love with the Hawaiian Islands and returned there many times after moving back to the States.

He retired several years ago from a career in property management and continued to reside in Renton, Wa. He is survived by:

Carolyn F. and Lou became very good friends and she knew more about him than the rest of us Barn Friends. So I asked her to write a little bit more for me.

“I met Lou at the Barn in January 2008. It was his first time there and he came with his friend Mike. I think he had gotten some flyer or some type of notice about the Barn through the mail so they decided to come and check it out and meet some ladies. With his gift of gab, he convinced me that he would return to the Barn the next Friday and we would get to know each other better and then go out for dinner. I could tell right away he was a very kind man. As you know, he loved to dance Waltzes and Swing but would never take a lesson to learn how to dance.

He/we also went to the Kent Senior Center once a month for the big band music that he loved so much, especially the 30’s and 40’s.  He looked forward to going to the Barn every week and loved to talk with everyone. He enjoyed entertaining and cooking up his favorite Hungarian recipes for family and friends. He told me not long ago that he really missed his skiing. He had many happy times here on the slopes and he and a buddy used to take a bunch of women after they got off work from the phone company up to Snoqualmie for night skiing. He loved this country and the weather out here in the Pacific Northwest and was so happy they had made the move to come out to this area.” Carolyn F.

Please leave a message or share a memory with his family and friends below.