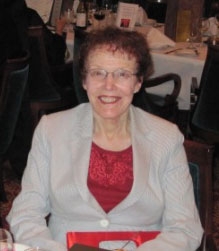 Carolyn Tomich started line dancing at the Rockin’ Horse Dance Barn in a quest to become healthier and later added Yoga at the Barn. She also added dragon boating to the mix (she paddled on a cancer survivor team).

“When Carolyn was in a dance class she added so much joy and laughter. It was fun having her always in her favorite spot to my left. She has been missed by all of us that knew her.” Dave Serfling

Carolyn passed away peacefully on June 27, 2017 at Highline Hospital in Burien, WA. Born on June 11, 1940, to Walter (Brick) Wagner and Dorothy Wagner (Nugent) and raised in Centralia, Washington, Carolyn met her future husband, Edwin James Tomich, (deceased, 2005) while she was in college at Washington State University and he was attending Idaho State University. They married and eventually moved to the Plateau in Issaquah, Washington, to raise their family. Carolyn enjoyed traveling, golfing, Dragon Boat racing, line dancing, family and friends, and trying new things. Carolyn and Ed especially enjoyed living in Indonesia for a time.

She is survived by her sister, Beverly Jean Wagner, of Renton, Washington, her daughter, Tracee, of Seattle, her son, Bryan, daughter-in-law Patricia, and granddaughter Rosalinda, of Normandy Park, and many other friends and extended family.

At her request, there will be no service or memorial. She didn’t like to make a fuss in life, so it should surprise no one that she felt the same in death. In lieu of flowers, donations may be made to her favorite cause, Team Survivor Northwest www.teamsurvivor.org, 206-732-8350 or to a charity of your choice. 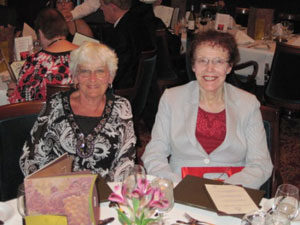 Evelyn Peterson & Carolyn Tomich on our Dance Cruise in 2010 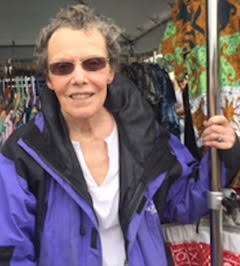 If you would like to leave a comment email me and I will open the comments for you and close them after you leave your comment.